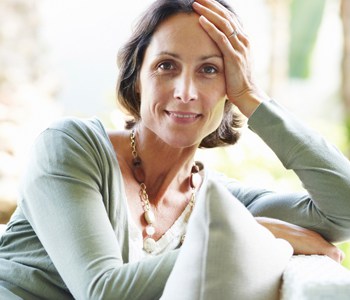 According to the American Cancer Society, death rates due to colon cancer have declined steadily over the past two decades. The main reason for this is because colonoscopies and colon polypectomies have become much more common.

A colonoscopy is a colorectal cancer screening test during which a doctor uses a colonoscope to view the inside of the large intestine. The doctor removes any small growths, called polyps, during a process called a polypectomy while performing the colonoscopy.

“Most polyps are harmless,” says Wilson P. Pais, MD, MBA, FACP, FRCP, at Cape Gastroenterology Specialists, Saint Francis Medical Partner. “However, there is no way for us to tell whether a polyp eventually will become cancerous, so it is best for us to remove all polyps during a colonoscopy before they can develop into anything life-threatening.”

The American Cancer Society recommends that all adults receive a colonoscopy at age 45 and every 10 years thereafter. If a physician finds one or more polyps during the colonoscopy, he/she may recommend more frequent screenings.

“Polyps usually cause no symptoms,” says Pais. “That is why screening is so important. When we catch polyps in the early stages, we can prevent cancer.”

During a colonoscopy, the doctor guides the colonoscope through the length of the large intestine and looks for abnormalities. He or she uses tiny forceps or a snare to remove polyps that do not cause any pain. The entire procedure takes about 30 minutes to less than an hour and is performed on an outpatient basis.

Most polyps can be removed during a colonoscopy. If a polyp is particularly large or unusual, the doctor may mark the spot with sterile ink and recommend a surgical procedure to remove the polyp.

“We recommend follow-up colonoscopies based on the size and severity of the polyps found,” says Pais. “If we find no polyps, you may be able to wait for 10 years. If we find only small polyps, we may need to see you in three to five years. Some patients, however, may need to come back in a few months so we can make sure we found everything.”

To schedule your colonoscopy in the Cape Girardeau area, call Cape Gastroenterology Specialists at 573-331-3350.

For colonoscopies in the Poplar Bluff area, call Physicians Park Primary Care at 573-727-5500.

No referral is needed, and no preliminary appointment with the gastroenterologist is necessary prior to your screening.

To learn more, go to our colon cancer webpage.