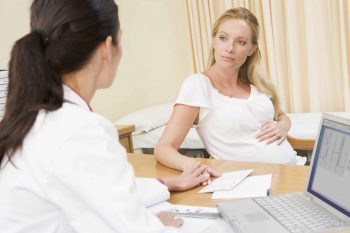 Pregnancy brings many changes and for women who are diagnosed with gestational diabetes more attention to diet and activity are needed. Some patients will even require pills or insulin to control the glucoses. Like other types of diabetes, gestational diabetes is on the rise – and it needs to be monitored by a physician.

How common is gestational diabetes? “Gestational diabetes is a common problem that we deal with,” says Naomi L. Wahl, MD, FACOG, perinatologist at Saint Francis Medical Center. “The incidence of gestational diabetes increases with obesity, family history of diabetes, and in women who delay childbearing until they are older. Therefore, because all of these issues are becoming more common, we are seeing more patients who are affected.”

How is gestational diabetes treated? “The initial treatment is diet. Daily walking or other exercise can also improve the glucose control,” says Wahl. “If the glucoses (sugars) are not adequately controlled with diet, the patient will either need pills or insulin to control the sugars. This will improve the outcome for both the mother and the baby.”