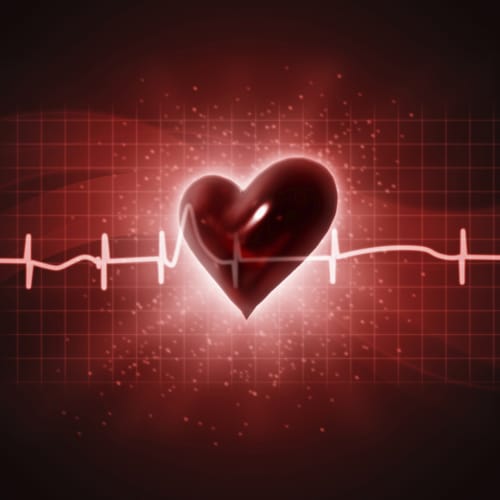 As a retired paramedic, Ken Snyder knows the signs of a heart attack by … well, heart. But when he started feeling indigestion, sweating and a strange sensation in his chest the morning of June 6, he did not consider that he was experiencing the same problem he had treated so many times.

“My chest did not hurt,” he says. “It just felt weird. So I went to the Saint Francis Emergency and Trauma Center and the next thing I knew, they had me on a table.”

Charles H. Pancoast, MD, emergency medicine physician at Saint Francis Medical Center, saw Snyder minutes after he walked in the door. “While most people associate intense chest pain with a heart attack, you can have a heart attack without experiencing any major pain,” says Pancoast. “Other symptoms can include shortness of breath, nausea and breaking out in a cold sweat.”

“The whole ED staff was able to give me the help I needed without a hitch,” says Snyder. “I know they train for these things, but it is just amazing to see how the process is second nature for these people. They acted as a well-orchestrated team and every doctor, nurse and staff member I encountered were all so pleasant the whole time.”

Snyder went home 36 hours after the ordeal. He had always considered himself fairly healthy. His BMI was normal, he was moderately active and had no family history of heart problems. However, from that point on, he decided, he was going to make a change in his lifestyle. He quit smoking immediately, changed his eating habits and began exercising regularly.

“I feel like I was blessed with a second opportunity,” he says. “I did not even know I felt bad until I compare it with how I feel now.”

Snyder continues: “When I figured out something was wrong with me, it was a no-brainer: I knew I needed to go to the Saint Francis Emergency and Trauma Center. I could not have asked for better treatment.”