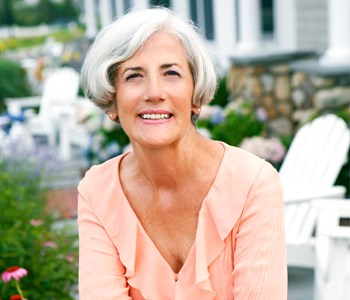 Historically, many women have approached their hysterectomies with fear. Thanks to newer, less invasive options like the da Vinci® S HDTM Surgical System, however, women today need not be so afraid.

Kimberly K. Roos, MD, FACOG, obstetrician/gynecologist at Saint Francis Medical Center, uses the da Vinci Surgical System to perform hysterectomies. Additionally, she performs other procedures, such as endometrial ablation, myomectomies, removal of ovarian cysts/masses, treatment of endometriosis/pelvic pain, urinary incontinence and uterine prolapse, all with minimal invasiveness. For all of these minimally invasive procedures – especially hysterectomies – the benefits to the patient, compared to more traditional “open” surgery, are many.

“Minimally invasive hysterectomies can be performed on an outpatient basis with less hospitalization and lower cost,” says Roos. “Postoperative pain is reduced, so there’s less postoperative narcotic use. There’s also minimal blood loss, a faster return to daily activities/work and less scarring. Women can expect the safe removal of a symptomatic/diseased uterus and a faster, less painful recovery. Women are surprised that they are able to go home the same day, and at how quickly they recover and can return to their daily routines.”

“The da Vinci Surgical System offers improved visualization, with 3-D and greater magnification,” continues Roos. “Its ports pivot around a set point, so there’s less port-site pain and trauma. EndoWrist® movement of the instruments makes difficult tasks like suturing and knot-tying easier for the surgeon. The dissection is more controlled, therefore, safer.”

In a minimally invasive hysterectomy, the physician makes a small incision near the belly button and uses a gas to distend the abdomen, which creates space in which to operate. Next, a camera is placed through the incision, and additional small incisions are made for the operating ports. The uterus is then disconnected from its pelvic sidewall attachments with electrocautery. The uterus can be removed whole or morcellated (in small pieces), depending on its size, through small incisions.