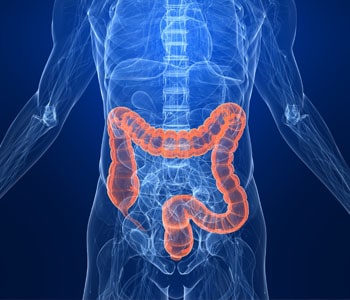 When a person has an unusually large or cancerous lesion in his colon or another part of his gastrointestinal tract, endoscopic mucosal resection (EMR) can be an effective, minimally invasive method to remove that lesion.

“While a colonoscopy or polypectomy can be used to remove small polyps, EMR is the next step in treating this type of problem,” says Wilson P. Pais, MD, MBA, FACP, FRCP, gastroenterologist at Saint Francis Medical Center. “It is an excellent alternative to surgery, involves less pain and has a quicker recovery time.”

At Saint Francis, physicians perform an endoscopic ultrasound before the procedure to visualize the area in question. During this procedure, a scope is inserted into the rectum and the physician uses sound waves to obtain images of the area.

“Endoscopic ultrasound tells us if EMR is an appropriate procedure to perform,” says Rafid J. Hussein, DO, gastroenterologist at Saint Francis.

After the ultrasound, the physician inserts another scope equipped with a light, camera and surgical instruments into the rectum.

“Typically, we inject fluids under the lesion to create a kind of cushion between the lesion and the healthy tissue underneath it,” says Pais. “We then use a suction cup to gently remove the lesion from the lining of the colon. We can also use a band or knife to cut the lesion away from the lining.”

If the physician suspects the tissue might be cancerous, he or she can perform a biopsy after the procedure.

“EMR is a very complicated procedure that should only be performed by experienced physicians,” says Pais. “I have received special training to perform this procedure, which means that patients can be confident I will be able to minimize any complications.

“EMR gives the opportunity to diagnose and treat problems in the gastrointestinal tract without having to resort to open surgery,” says Pais.