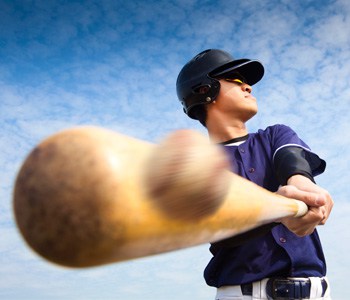 There is a good reason why coaches pull athletes from games after they suffer a blow to the head: The effects of a concussion sometimes last for decades after the injury. And the sooner an athlete returns to their sport after the concussion, the more likely they are to suffer long-term effects.

A concussion occurs when the brain is violently shaken, so the brain cells fire all at once.

Someone does not need to lose consciousness for their concussion to be dangerous. Some concussions can seem quite mild, yet may still cause serious long-term effects.

“A child on the playground could fall and hit their head, be confused for a few minutes and seem fine,” says Heidi J. Hunter, MD, physical medicine and rehabilitation physician at Saint Francis Medical Center. “But they should stop playing after that fall. The confusion means the person likely suffered a concussion, and their brain needs time to heal. Even though the symptoms of the concussion are gone, their brain is not yet 100 percent normal.”

Researchers have found that older athletes who suffered concussions when they were young were more likely to display symptoms of early Parkinson’s disease and have memory and attention problems. They also experience brain activity similar to that of people with Alzheimer’s disease.

These can be frightening findings, especially considering that more than 10 percent of high school athletes suffer from concussions each year. So how do parents help children avoid long-term consequences?

“It is important to give a player the proper amount of time to recover after a head injury,” says Hunter. “Studies have shown that returning to the game before the brain has had time to heal can lead to further brain damage. In fact, a player who has suffered a concussion at least once may be more likely to do so again.”

If you sustain a concussion, you should see a doctor before resuming normal activity. If symptoms return after subsiding, you should stop and rest for a day. “It is worth it for your long-term health,” says Hunter.