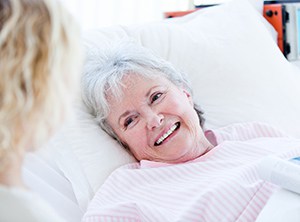 “Most patients are amazed at how quickly they recover and get back to their daily lives,” says Kimberly K. Roos, MD, obstetrician/gynecologist at Saint Francis Medical Center. “I often hear patients say, ‘It was the best thing I’ve ever done.’ Generally, patient reaction is very favorable, and patients return to work and daily activities much sooner than with traditional, more invasive procedures.”

At Saint Francis and nationwide, an increasing number of physicians are performing an increasing number of minimally invasive surgeries. These procedures are performed through small incisions using state-of-the-art equipment instead of one large opening and typically result in less pain, scarring and blood loss, in addition to quicker recovery time.