Home » Health Articles » When You Might Need ACL Reconstruction 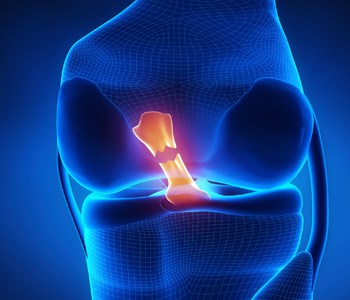 One of the most common injuries to athletes is an anterior cruciate ligament (ACL) tear. The ACL is a ligament located in the center of the knee that is vital to the joint’s stability.

“Whenever a young athlete tears his or her ACL, we usually recommend reconstruction surgery because the person will be participating in sports again,” says Patrick R. Knight, MD, orthopedic surgeon at Saint Francis Medical Center. “Depending on the nature of the sport, the athlete may encounter stopping, starting, pivoting and twisting — all of which require ACL stability. Without it, there is the potential for causing more injury to other structures in the knee.”

Years ago, the majority of ACL injuries occurred in younger patients. However, as people have become more active in their 40s, 50s and 60s, surgeons are performing more ACL reconstructions for the older population. 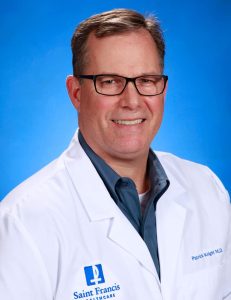 “No matter which technique we use, patients have to undergo rigorous therapy during recovery,” says Knight. “It will take six to nine months before the athlete is ready to play again.”

“At Saint Francis,” says Knight, “we have the ability to take care of the ACL injury in its entire spectrum. We can take it from on-the-field management with the athletic trainers, to imaging, to physical therapy or surgery, if needed.”