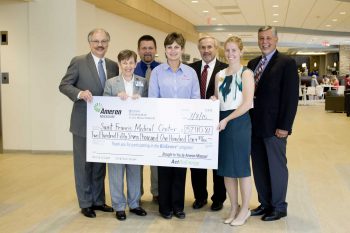 “It is our goal to help make energy efficiency more affordable for local businesses and organizations of all sizes,” said Laura Klipfel, Ameren Missouri customer service advisor. “By providing cash incentives to businesses like Saint Francis Medical Center, the incentives offset the capital cost of the equipment which, in turn, will save energy for years to come.”

As a result, the Medical Center is saving more than five million kilowatt-hours per year, or approximately $290,000 in annual energy costs. Saint Francis is currently in the process of completing two additional energy efficiency projects.