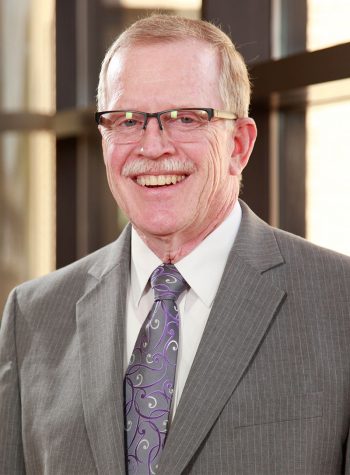 After working at Saint Francis Healthcare System for the last twenty-nine years, Jim Lawrence, RN, MBA, will retire on March 26, 2021. Lawrence serves as the Director of Mission and Pastoral Services and has been in a Leadership role for twenty years.

Lawrence began his career at Saint Francis in 1992 as a Registered Nurse II, emphasizing critical and medical/surgical nursing. He remained in that role for eight years, receiving a “key employee” nomination during that time. In 2001, Lawrence was hired to start a Wound Healing Center for Saint Francis Medical Center and serve in a Leadership role as the Director, earning Director of the Year in 2003 for his work at the Wound Healing Center. After three years with the Wound Healing Center, Lawrence transitioned to the Referral Services Manager’s role in 2004, a start-up program at the time. In 2012, he began serving as Referral Services and Call Center Manager. One year later, Lawrence became the Director of Business Development for Saint Francis Healthcare System and remained in that role until 2017, when he began serving as the Director of Mission and Pastoral Services, his current position.

As the Director of Mission and Pastoral Services, Lawrence is responsible for focusing on the Healthcare System’s Mission, overseeing Pastoral Care Services and refining the ethics program. When asked what advice he had for someone who may be interested in following a similar career path to his, Lawrence said, “If you truly love helping people, the medical profession offers many unique opportunities.”

Discussing his time at Saint Francis and what he enjoyed the most from day-to-day, Lawrence said, “I love the people who we encounter each day; whether it is colleagues, patients or visitors. I do not really believe in chance encounters. I believe God puts people in our path for a purpose. If we remember this in each encounter, we can make a difference in their lives and experience the spiritual growth in our own lives.”

Dr. Maryann Reese, President and Chief Executive Officer, said of Lawrence, “Throughout his time at Saint Francis, Jim has served in many roles. For years, Jim has been the definitive source on the history of our Healthcare System. His extensive knowledge on St. Francis has been called upon many times for Leadership presentations and trainings on our Franciscan Formation. I am thankful for his dedication to the Healthcare System and wish him all the best in retirement.”

Lawrence said of retirement, “My goals are to focus on faith, family and friends. I want to spend more time in prayer and reflection with my wife. We used to make ‘mini-pilgrimages’ to abbeys, monasteries and churches around the country, and we hope to resume some of these and reflect on God’s blessings. I also hope to be able to spend more quality time with my friends. Life is short, do not miss the opportunities that present themselves each day.”

Reflecting on the relationships he’s made while serving at Saint Francis, Lawrence said, “My heart will always be with my friends at Saint Francis. We have shared so much of our lives in service to others. I hope that St. Francis and the sisters would be proud of what we have done together.”