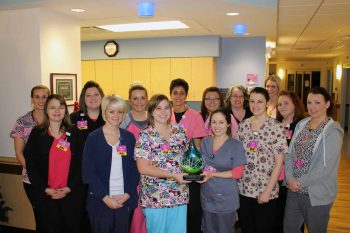 Three Missouri hospital organizations received the award for delivery of improved population health, patient outcomes and experience, and value of care. This is the first year of the award which recognizes progress toward the Triple Aim — better health, improved care and lower cost.

“The Aim for Excellence Award embodies Missouri hospitals’ commitment to the Triple Aim,” says Herb B. Kuhn, MHA President and CEO. “These hospitals have made remarkable progress toward improving care through structured, data-driven programs. They are setting the example of how to build a more effective health delivery system.”

In its inaugural year, 22 applications were submitted for judging. Judges included external Missouri funding, academic and health-related partners. Based on overall aggregate scores, three member organizations were identified as category winners, and three organizations were chosen for honorable mention.