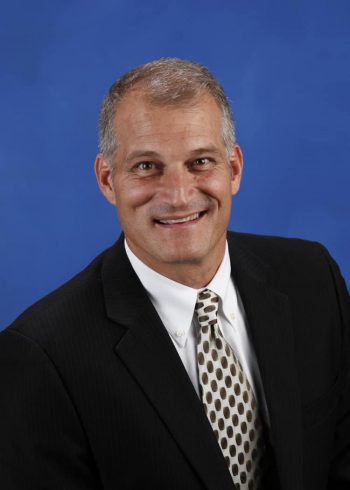 His responsibilities include the management of the development team, building relationships with both the Foundation and The Friends of Saint Francis Boards of Directors, increasing the Foundation’s donor base and broadening grant efforts.

A Cape Girardeau County native, Wilferth has extensive fundraising and event-management experience, locally, nationally and internationally. He comes to Saint Francis from the charity group Heart for Africa, where he was president of U.S. operations. Wilferth also served as vice president of national operations, financial director and chief of staff for Men at the Cross, headquartered in Branson, Mo. He has also worked with Schafer Electrical Enclosures, Crader Distributing (Stihl Power Equipment), United Oil Company (United Distributing Company) and as a private contractor.

Wilferth earned his bachelor’s degree from Southeast Missouri State University in 1991. His passion for charitable causes is evident. He has volunteered with Young Life of Cape Girardeau since 1991, serving as a committee member and fundraiser. He is a founding member of Prodigy Leadership Academy, where he also served as board president. He has served as a board member for Habitat for Humanity and volunteers as a first responder and chainsaw team leader with the Missouri Disaster Relief – Southern Baptist Convention. Wilferth is a member and deacon at Lynwood Baptist Church in Cape Girardeau, where he also serves in the preschool area.

Above all, Wilferth is passionate about his faith and family. He has been married 22 years to Chrisy and has two children, Bo (age 19) and Anne (age 16).