Patrons of Weight Loss Solutions and Fitness Plus share personal accounts of their weight loss struggles and successes.

Wendy Mikel is experiencing a lot of new “firsts” after losing 139 pounds following gastric bypass surgery nearly two years ago. “I had never been able to do that before!” Wendy Mikel said about sitting on her feet with her knees on the floor. Her battle with weight started in high school when she gained […] 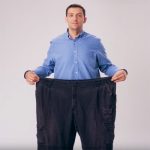 Evan has always thought he was put on this earth to be in public safety and help others. However, when his weight began causing a variety of health issues and limiting the amount of help he could offer, he knew it was time to make a big change. At his initial consultation, the Weight Loss […] 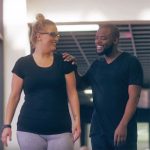 Brooke wanted to find out more about weight-loss surgery after being turned away from a roller coaster at Six Flags because she was too heavy to ride it two summers ago. For a long time, she had known that she was eating herself into an early grave and living a very unhealthy life — and […] 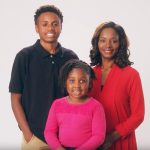 Having bariatric surgery was a big decision for Maria. It took her nearly a year to do all the research and get comfortable with the idea. After consultations with Dr. LeGrand, she finally made the decision to go for it because of his compassion and genuine interest in improving his patients’ health. Since having the […]

Joel Clendenin, 16, a three-sport athlete at Chester High School in Chester, Ill., has found the secret to athletic glory: Fitness Plus’ Sport Training programs. Seeking to improve his speed, agility and explosiveness, this football, basketball and track star signed up for two 6-week sessions of the customized training program. Almost immediately, the hour-long workouts […]

Jenny Nelson Loses 165 Pounds with the Help of Fitness Plus

Jenny Nelson, 48, loves to exercise, and it shows. Since resolving to make the most of her Fitness Plus membership about a year ago, she has lost 165 pounds through spinning, swimming and running nearly every day. She wasn’t always so dedicated, however. “For about five years, I went to the gym, but I never […]