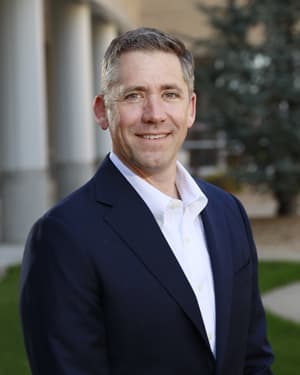 Ogburn joined Saint Francis in 2004 as a Referral Services Manager and later served as Director of Occupational Medicine and Ambulatory Services and Vice President – Ambulatory Services. In addition to his ambulatory responsibilities, he has enjoyed oversight of a number of hospital ancillary departments and cardiovascular services. His work with physician recruitment and group integrations has helped grow Medical Partners and expand its network reach to more than 360 providers and nearly one million encounters annually.

Previously, Ogburn was a Vice President of Recruiting with Merritt Hawkins & Associates in Irving, Texas. He earned a Bachelor of Science in psychology from Texas A&M University in College Station and Master of Business Administration with healthcare emphasis from William Woods University in Fulton, Missouri.

His community involvement includes serving on the Board of Directors for the Gibson Recovery Center and Tailor Institute, active committee leadership at his church, Lynwood Baptist, and serving on the Advisory Committee for the Southeast Missouri State University Autism Center for Diagnosis and Treatment.

Find a Provider Patients & Visitors Appointments MyChart Billing
Estimate Your Costs Use our online tool to estimate costs of upcoming procedures or services, or call 573-331-5217 option #2 to speak with a financial counselor.