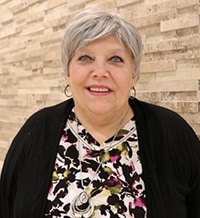 Casper started as an ER nurse at Southeast Hospital before joining Saint Francis in 1992. She became an Interventional Radiology nurse 10 years ago and transitioned to the lead IR nurse about five years ago.

Casper liked working at Saint Francis because of the family atmosphere where everyone takes care of each other. “My patients are my family. My co-workers are my family,” Casper said. “I love my patients very much.”

In retirement, she is bravely battling cancer and going through dialysis.

Casper looks forward to spending time with her family, including her three children, seven grandchildren and two great-grandchildren. She plans to host pajama parties for her grandchildren.