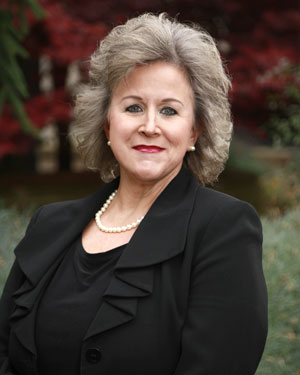 Newcomer joined Saint Francis in 1989 as a Respiratory Therapist and has served Saint Francis in a number of roles, previously as Service Line Director of Cancer Services. Throughout her time at Saint Francis, she has been instrumental in numerous projects that seek to improve the quality of care provided. As Manager of Respiratory Care, in partnership with the Manager of the Intensive Care Unit at the time, she developed and implemented the Rapid Response Team at Saint Francis Medical Center, which continues to save patients and have a lasting impact on their lives.

In 2019, the Southeast Missourian awarded Newcomer a 2019 Newsmakers recognition for her outstanding leadership and ability to empower others. She was honored by Southeast Missouri State University and The Bank of Missouri as a 2021 SEMO Football IMPACT recipient for making a difference in our community and others’ lives. She is also a certified Lean Six Sigma green belt and is licensed by the State of Missouri as a Registered Respiratory Therapist.

Newcomer serves as Board President for the Network Against Sexual Violence. She volunteers her time and talent as a big sister through Big Brothers Big Sisters and is also active in Greyhound Pet Adoption of Southeast Missouri. She and her husband serve as Prepare-Enrich coaches for engaged couples through La Croix Church.